An alien menace has descended on Earth! Defend the world from UFO invasion in this superb arcade shooter from Qute. Use your weapons effectively, deflect enemy bullets with your shield, and recapture the Moon from alien infestation! 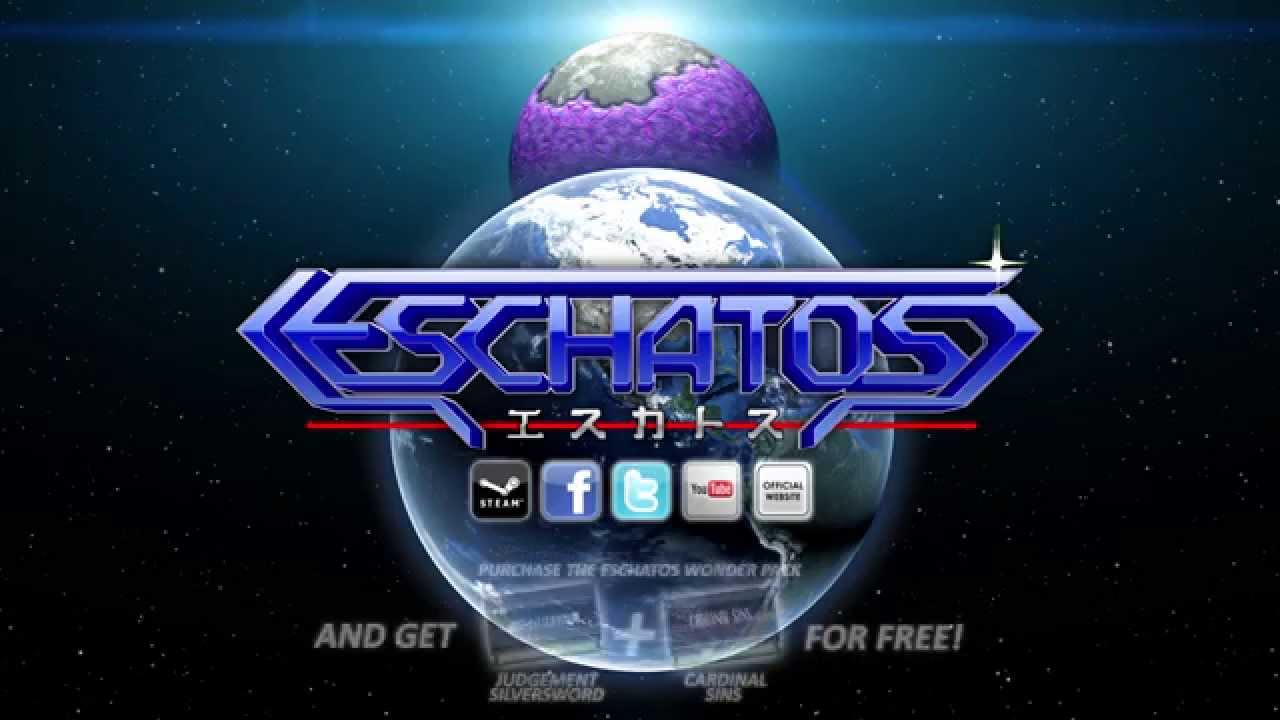 The year is 21XX. A mysterious alien force, known only as "Purple Erosion", has taken over the Moon! From the captured lunar base, alien UFOs begin their invasion of Earth! Using your advanced space fighter, you must repel the alien invasion, beat them back through space, and finally recapture the Moon to end the alien menace once and for all!

Enjoy a superb arcade shoot 'em up with this new classic from Qute. ESCHATOS combines modern features and graphics with classic gameplay to create a game with timeless appeal and massive fun factor.